We once thought propaganda was the ultimate form of organized lies and manipulation. But one facet of Information Dominance goes the next step. 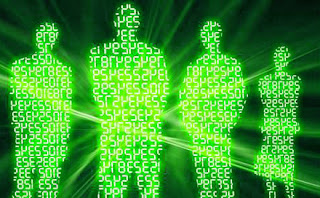 China is best known for attempting to dominate all information available. But the desire for excessive power exists everywhere. And the desire to lie for personal gain is far too common everywhere. Here in America; there are frauds (who, ironically, enthusiastically call themselves “patriots”) who are working on dominating our information systems in more surreptitious ways than China.

Let's start with the Army manual titled Inform Operations: Doctrine, Tactics, Techniques and Procedures. In this manual, the Army includes in its definition of Information Operations; “the employment of... psychological operations... to influence decision making.”

And they're not just talking about enemy combatants here. This applies to propaganda and news here in America also.

We saw the worst of this back when American military forces attacked Al Jazeera offices in Afghanistan and Iraq.

In spite of what Fox “News” may have led you to believe, Al Jazeera is not a terrorist organization. In fact, it is arguable that Al Jazeera is a much more accurate world news source than Fox “News.” Al Jazeera simply has far more journalists in the field – and they don't have to rely on advertisers' dollars.

Why? The answer is obvious. To prevent Al Jazeera from reporting the wars.
Why? Apparently; Information Dominance.
Evidently; America's military organizations are now willing to kill journalists so that our propaganda will dominate the airwaves... This is not a conspiracy theory. This is history.

But that's just likely the tip of the iceberg – and the beginning of the conspiracy theory. What about all those alphabet soup of American “Intelligence” Agencies? We don't get to read their manuals. In fact, most everything they do is classified – often just to keep secrets from Americans. Could the CIA be killing journalists who don't report what the “Intelligence” Agencies want us to hear?

As far as I know, worldwide, journalists aren't dropping like flies so that American propaganda can dominate the airwaves. But they don't have to. A few critical “hits” and all journalists would know what not to report on – or else.

Which brings us to the suspicious story of Michael Hastings and Rolling Stone.

Micheal Hastings was a journalist and contributing editor of Rolling Stone magazine.

Rolling Stone magazine was one of the only alternative news publications people could find on the magazine racks in grocery stores in suburban and rural America. Which means ordinary Americans (who don't have access to internet news) just might happen to read some of Micheal Hastings' articles. And there were many.

Back in 2010, Micheal Hastings wrote an article for Rolling Stone that depicted General Stanley McChrystal in such a bad light that it prompted President Obama to fire him. By not backing down from the truth to keep a privileged reporting assignment, Micheal Hastings clearly was not willing to participate in Information Operations. In fact, the concept of Information Dominance would definitely put him on the side of the adversaries.

In 2011, Micheal Hastings wrote an article for Rolling Stone that exposed a U.S. Army team specializing in “psychological operations” attempting to manipulate visiting U.S. Senators. In this instance; Micheal Hastings was brave enough to expose illegal efforts at Information Dominance.

Micheal Hastings' last article; The Spy Who Cracked Up In The Cold, was about a CIA agent who went rogue – and ended up in prison (an extremely rare event for CIA operatives). The article was not a fluff piece, and it did not portray the CIA in a good light.

There are a number of stories online that claim that Micheal Hastings' next story was also about the CIA. Apparently, his last email stated; “the Feds are interviewing my “close friends and associates”... Also, I'm onto a big story, and need to go off the radar for a bit.” The very next morning, 15 hours later, he was killed in an abnormally fiery single-car accident.

One witness even claimed that he heard two explosions before the crash.

And then after all of this, authorities have withheld information from the public – and cremated Micheal Hastings' body against the family's wishes.

Even Richard Clarke (who was once the Terrorism Czar for both Presidents Clinton and George W. Bush – and the author of Against All Enemies) told Huffington Post that this single car crash was “consistent with a car cyber attack.” (For more information on how this hack might be done check out this Car and Driver article.)

We may never know for sure if this was or was not an assassination.
Most likely, we will never know what Micheal Hastings was investigating.

But we do know that the mass media news, just a couple of weeks later, attacked Rolling Stone magazine over an insignificant matter – the picture of a Boston Marathon bomber on the cover. This blatantly contrived controversy led to CVS, Walgreens, Stop & Shop, and Rite Aid pulling Rolling Stone magazine from their shelves.

The question that begs to be asked is; what if these two “hits” are related?

If one were to look at these events together through the lens of Information Dominance, they would appear like a coordinated attack on an adversarial information source. Could Micheal Hastings have been assassinated to hide the truth, and Rolling Stone attacked to assure no one ever investigates again?

Micheal Hastings said he was “onto a big story” and that he would have to “go off the radar for a bit.” But apparently, the radar had already locked onto him. The consequences are we never got to read his report and we may loose easy access to the publication that has provided this type of information... The harsh reality is the First Amendment doesn't matter to this reporter if he's dead and his magazine has been banned.

Back in 1971, Daniel Ellsberg went to the New York Times to publish the Pentagon Papers. But nowadays; Edward Snowden felt he had to go to the British publication The Guardian and Bradley Manning felt he had to go to Wikileaks. This, along with the apparent attempt to shut out Rolling Stone, suggest the age of Information Dominance has quietly superseded our Constitutional right to freedom of the press.

And all the while, “our” government keeps trying to take over the Internet.

...One more thing: If someone can hack a car, maybe they can hack a plane. This might shed some light into the suspicious plane crash death of Senator Paul Wellstone and his family (and Missouri Governor Mel Carnahan in a separate plane crash).

Posted by Rick Spilsbury at 4:51 PM

Perhaps the following is of your interest. Please feel free to share.

I liked your article so much, I translated it into Dutch!
http://degrijzeduif.blogspot.nl/2013/08/informatie-dominantie-michael-hastings.html

This will be won with Free Speech. After all the gov’t (and their corporate cronies) censor the media and ban books like “America Deceived II”.
Last link of “America Deceived II” before it is completely censored:
http://www.amazon.com/America-Deceived-II-Possession-interrogation/dp/1450257437 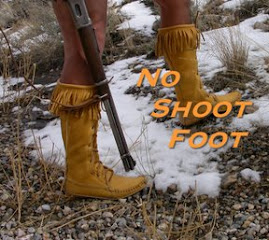 What This Country Needs Is More Democracy 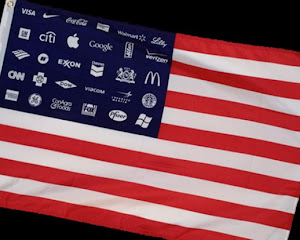 Let's vote on it - and demote our "representatives" 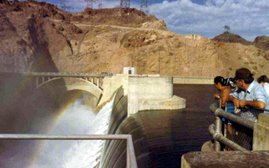 Where did all our water go?

"Clean" Coal is an Oxymoron

Rick Spilsbury
Ely, Nevada, United States
I am Western Shoshone, native to Nevada. I have a degree in Electrical Engineering and ten years experience as a Systems Engineer. I am also the author of the book "lifehacking," available at amazon.com

How Does One Power Offshore Desalination Plants?

Our Climate Is In Crisis

The Down Side of Water Privatization